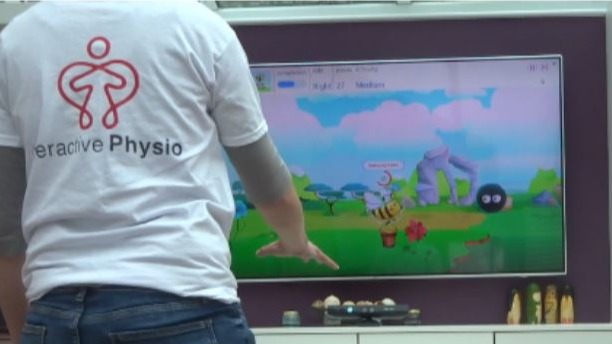 Gaming as part of Therapy

I wrote in a previous blog about why gaming can present a motivational and beneficial opportunity for those partaking in rehab, making their exercises fun and engaging, distracting from some of the physical work at the same time as giving valuable objective feedback to the therapist. It sounds great but how easy is it really? What do you need to get set up and is it really worth it when compared to the more traditional methods of treatment and interventions that we have at our disposal?

Games have always motivated patients with in therapy, especially when working with long term rehabilitation. Whether the game be a simple one of solitaire, encouraging fine motor control and dexterity or more high tech with video game encouraging gross control of movement and cardiovascular exercise. The important component of the planning is to know what you want to achieve from using the game and be able to tailor both the game and the aim of therapy per patient. It may be that the focus needs to be on stamina, for which you would need to choose a game that involved prolonged working, or a game for just upper limb movement, which the Nintendo Wii is very good for. It might be that the game needs to encourage cardiovascular exercise or work on lower limb strength or balance.

How easy is it to set up? Well going by today’s technology standards it is pretty straight forward and easy, with hardware and software both being easy to access and install. There are of course different options as to what games you use. There are video games available, 'off the shelf', that offer the potential to work on all of these movements and skills. For these to be used you need access to the console that the games are compatible with (Nintendo, PlayStation etc.) and more than likely a TV to view the games on. More bespoke and designed games, intended for therapeutic purpose, are also available but tend to require more input and set up from a therapist. Those designed with therapy at the heart of their purpose tend to be computer based and more often than not only on the Windows platform. This is largely due to the programming that Windows allows and the hardware that is available (cameras) to turn movement into computer controllers. With the later even when the basic movement of the patient is compromised through injury or illness, switch access can create an opportunity to interact either physically or in developing reaction speed skills. Games encourage movement and movement is the key component to rehabilitation. For both types of gaming to be used in therapy you also need space, not a lot but space enough to move and for the camera to pick up the movements. The closer you are to the camera the less the camera can see.

Over the years video games in general have improved alongside the advances of technology and in many of the games it means that movement can now be a factor in controlling game play, therefore becoming interactive. Examples would be the PlayStation Move, Nintendo Wii, Wii2 and Switch with younger gamers being encouraged to move whilst gaming using Leapfrog Leap TV. The movements required in control off the shelf games tend to require more complex co-ordination than a therapy specific game but that isn't to say elements of any video games can be utilised in therapy - it’s about being selective. Selectivity is only achievable through good working knowledge of the games, without proper understanding of the 'off the shelf' games, a therapist can become lost in the game play and menus or caught up in the time it takes to set up.

I do not believe that an entire physiotherapy management programme can rely upon gaming, there continues to need to be interactive with the therapist to assess and advise on functional patterns, movements and posture, but gaming can extend the level of therapy that a person receives. The extension is with the frequency that they can perform their exercises without the therapist being present and even more importantly the increase in motivation to perform the exercises based on the gaming nature.

When considering whether gaming is a worthy component of physiotherapy I would suggest that yes, it can become an important component in a physiotherapy management programme and offer the platform through which the repetitive exercises can be performed which are required for the traditional therapy to build progress upon. Someone performing their exercises daily (via gaming and without the support of a therapist) is going to have moved and worked much harder than someone who does not, and therefore offering more potential for successful rehabilitation. Evidence already tells us that adherence to exercise programmes is low, so if it can be increased by using gaming then it can only favour the end result. Whether the games be tailored and bespoke to therapy or be played via mainstream gaming consoles both options have a feasible place in the therapy programmes of those who both enjoy games and want to progress their movement capabilities.

Ultimately the success of using gaming as part of a treatment programme comes down to the skills of the therapist. The knowledge of the options, the hardware, the setup, the games, the ability to progress at a rate that is compatible with both patient improvement but not to compromise the enjoyment by introducing harder activities and the potential of failure (no-body likes to loose). If a therapist is motivated, skilled and informed that in turn will aid the success of therapeutic gaming. So get familiar, get gaming and get rehab-ing with gamification of therapy.